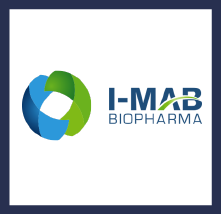 First, the company has out-licensed the global rights for lemzoparlimab (TJC4), the anti-CD47 monoclonal antibody it has discovered, to AbbVie. In addition to tiered royalties that start in the low mid-teens percent if the drug makes it to market, AbbVie will pay I-Mab $200 million up front today, and potentially up to $1.74 billion more if certain development and commercialization milestones are met over time (in biotech we call these milestones biobucks because, while promising, it is not yet hard cash and there is no guarantee of success).

Importantly, I-Mab retains full rights to the drug in its home base of China, which is turning into a lucrative market for innovative medicines. Finally, AbbVie also has the right of first negotiation to in-license two additional lemzoparlimab based bi-specific antibodies discovered by I-Mab, which could bring up front minimums of $500 million each if they happen.

Second, I-Mab has announced a $418 million PIPE (private investment in a public equity) financing led by Hillhouse Capital, a top China based investment firm that is regarded throughout the world for dozens of prior successes such as Tencent, JD.com, and Zoom. Other investors in the PIPE include Avidity Partners, OrbiMed, Octagon Capital Advisors, Invus, Lake Bleu Capital, Perceptive Advisors, Cormorant Asset Management, Sphera Healthcare and Alyeska Investment Group.

These are world-class life sciences investors that I have the highest respect for. The money was raised at a $33 per share price (more than double the company’s January initial public offering (IPO) price of $14 per share), and an additional $104.5 million could be coming I-Mab’s way in the future via warrants that have an exercise price equivalent to $45 per share.

I think there are two validating takeaways that investors can learn from this news.

There is a new era of biotech innovation happening in China today. The China BioPharma ETF (Nasdaq: CHNA) was designed to help investors capture this trend.

Until recently, China’s pharmaceutical market was almost entirely based on generic medicines because there was a lack of research and development (R&D) knowhow on the part of Chinese companies and newer expensive drugs could not be paid for within China in the past. This is changing rapidly as the Chinese government understands that biotech is a key component of the world’s new economy and that people today want the latest medicines for their families.

China has ambitions to become not just a prime market for drug commercialization, but to also be globally competitive in the development of new medicines. I think this is one of the most important trends that will impact our sector over the coming years. To have such a large market come online and embrace science is a big deal.

The result of the country’s new biotech focus is that literally thousands of biotech companies have been formed in China over recent years and we are starting to see compelling science come out of it. While once considered copycats, Chinese companies in biotech are starting to gain the attention of global leaders in the industry with their work. Recent examples include Johnson & Johnson in-licensing rights to a BCMA CAR-T therapy from Legend Biotech (Nasdaq: LEGN), Amgen signing a global collaboration for oncology drug development with BeiGene (Nasdaq: BGNE) and taking a 20% stake in the company, and Eli Lilly licensing a neutralizing antibody asset for COVID-19 from Junshi Biosciences.

Today’s news is just the latest example. As I’ll describe below, the biology of CD47 inhibition is complicated and it is no small thing that I-Mab has discovered a differentiated approach that might turn out to be a best-in-class asset. AbbVie signing up to help develop this drug and agreeing to pay as much as it did on the financial side is a validation of the Chinese company’s science.

Takeaway #1: These types of licensing deals for assets discovered in China might be a sign of things to come. I think China biotech is just getting started.

CD47 is a Top Target in Cancer Immunotherapy

Harnessing the immune system to treat cancer is an important advance in oncology. The Cancer Immunotherapy ETF (Nasdaq: CNCR) was designed to help investors capture this trend.

While cancer immunotherapy checkpoint inhibitors like PD-1s have become the new foundation of care for many types of cancers, researchers have been working for years on finding the next big target in this space. Some people think the CD47-SIRPα pathway could be it.

Sometimes called a tumor’s “don’t eat me signal,” CD47 is a protein found on many cancer cells. When CD47 interacts with the SIRPα receptor on a component of the immune system called macrophages, it tells them to not engulf the cancer cell and destroy it (a process called phagocytosis). The idea behind a CD47 inhibitor drug is that it might block this cancer/macrophage interaction, thus allowing the macrophages to act naturally and help kill the cancer.

While this makes great sense in concept, the Achilles heel of the approach in the past has been safety. CD47 is also expressed on normal red blood cells (RBCs) and so by attaching to them, CD47 inhibitors have caused side effects such as anemia (a lack of enough RBCs to carry oxygen) and hemagglutination (the clumping together of RBCs)

I-Mab has worked hard to differentiate itself on the safety issue by discovering and developing a CD47 inhibitor that attaches to the cancer but does not attach as robustly to healthy red blood cells like we have seen in earlier attempts by some competitors. I met with the company shortly prior to its IPO in January and learned how they screened many antibody clones to solve this problem while paying particular attention to the crystal structure to find one that looked like it would have minimal binding to healthy RBCs.

That type of work is painstaking and is not as easy as it might sound. Less than one half of one percent of candidates made it through the screen. The candidate they eventually went with was validated by flow cytometric analyses in the lab by showing less binding to RBCs than competitors. I-Mab also tested the candidate “in vivo” in non-human primates. They found less red blood cell depletion compared to other competitors. This was also closer to a control group.

All in all, this is quality science I-Mab has conducted. What they have found through their diligent screening looks like a promising asset in the lab that might have advantages over others that have come before it. The next step was to test this hypothesis in humans, which they have been doing this year.

Earlier this week during the company’s Q2 quarterly conference call, executives suggested they have successfully dosed the drug without any major safety issues in an early human study. However, we have not yet seen the detailed data from this as it will be published at a future time.

In my opinion, the anti-cancer side of CD47 is not in doubt. The big question has always been safety. With that idea, this is a space that has been heating up considerably lately. The activity began at the beginning of 2020 when Gilead paid $4.9 billion to acquire a leading CD47 company called Forty Seven, Inc. I’m a big believer in following the money, and I thought at the time there was likely going to be more activity and interest in CD47 when a company as sophisticated as Gilead was willing to write a $4.9 billion check to buy into this idea.

What was unique and scored Forty Seven the acquisition, in part, is that they got around the safety issue by using a creative dosing routine. Others were not as skillful and had problems in earlier studies. While those were a setback, I think it is reasonable to expect that it would only be a matter of time before others cracked the code on RBC binding either through more experienced usage or through better designed antibodies like I-Mab has done. The remainder of 2020 has been about various companies accruing data so that we can compare them and determine the relative differentiation.

Large companies have been waiting for that and they might be armed for deals once they have enough data to make the call on which to move forward with. We have seen that I-Mab was the first to have enough quality data to get AbbVie to pull the trigger. Some others to watch in this space include ALX Oncology (Nasdaq: ALXO), Trillium Therapeutics (Nasdaq: TRIL), and the Hong Kong listed Innovent Biologics.

One dark horse I am following that may not be on many investors’ radar yet is Zai Lab (Nasdaq: ZLAB). Zai Lab is a China based company that has been known to license leading drugs from the West for development and commercialization into China. They have a great portfolio of assts like Glaxo’s PARP inhibitor Zejula and Novocure’s brain cancer treatment Optune, which are both now approved in China. What many people do not know is that while Zai Lab has initially been focused on bringing licensed drugs to China, at the same time they have been quietly doing their own discovery work.

This is a very sophisticated company with an excellent leader in Dr. Samantha Du, and I expect them to be a drug development pioneer one day. Earlier this year, Zai Lab quietly (without issuing a press release) started a trial in the United States of its first internally discovered drug, which happens to be a CD47 inhibitor (ZL-1201). Dr. Du is one of the smartest entrepreneurs I have met in my travels to China and I am not surprised to see that her company has started out with an antibody in this compelling class. Zai Lab scientists have spent good time on this, and I am watching to see if it is potentially differentiated from the field like we are seeing with I-Mab.

Takeaway #2: CD47 is becoming a partnering and acquisition focus of large companies as second-generation products are designed to improve on safety while maintaining a strong anti-cancer effect.

Brad Loncar is CEO of Loncar Investments and creator of the indexes that power the Loncar Funds ETFs.

Thank you for your interest in the Loncar Funds. Please be sure sign up for email alerts below if you would like to receive notification of other news, company interviews, and research that we publish from time to time.

View all holdings of the CHNA ETF

View all holdings of the CNCR ETF

Opinions expressed are those of the author, interviewee, or Funds and are subject to change, are not intended to be a forecast of future events, a guarantee of future results, nor investment advice. Fund holdings and allocations are subject to change at any time and should not be considered a recommendation to buy or sell any security. AbbVie, ALX Oncology, Amgen, Eli Lilly, Gilead, Glaxo, Johnson & Johnson, and Novocure are not a holding of the funds or affiliated with the funds.