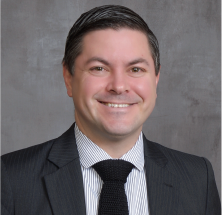 Brad Loncar, CEO of Loncar Investments and creator of the Loncar China BioPharma Index, offers thoughts on China’s biotech scene after a November visit to the region.

Brad Loncar, chief executive officer at Loncar Investments, discusses China’s healthcare and his outlook for the sector. He speaks on “Bloomberg Markets: Asia.”

I recently returned home after spending nearly two weeks on the road in China. My agenda included attending a conference, visiting biotech companies, and meeting with biotech executives and investors around the country to get their view on the current state of China’s biopharmaceutical industry. My trip took me from the south of China to the north including stops in Nansha, Guangzhou, Shanghai, Nanjing, and Beijing.

Visiting China always energizes me. I believe there is something special brewing in the biotech industry there because you can feel this on the ground. Every time I visit I see new buildings going up and new companies being formed. The people I meet in China are smart, kind, hard working, and dedicated to building a world-class biotech sector that will contribute to improving the lives of millions of patients in China and around the world. I think we are in the early stages of this.

EastTechWest = Innovation in Technology
My first stop was in Nansha in the south of China for the CNBC conference, EastTechWest. This is a conference that is all about the theme of innovation in technology. We have seen how Chinese tech companies have grown to innovate over time and become global leaders in key technologies like mobile payments, artificial intelligence (AI), and autonomous vehicles. These technologies are changing Chinese society while at the same time the companies developing them are bringing their expertise to the rest of the world. I attended this invite-only event and participated in a healthcare roundtable discussion.

EastTechWest reminded me how China’s future is rooted in innovation. Just as Chinese tech companies have become globally competitive innovators over time, I think the next industry where this might happen is biotech. The country’s commitment to life sciences is clear, and I aim to get ahead of this potential trend. It is the reason why I created the index that powers the China BioPharma ETF (Nasdaq: CHNA). I believe that investing in medicine and the scientific revolution within China is a compelling way to harness and capitalize on China’s new economy. 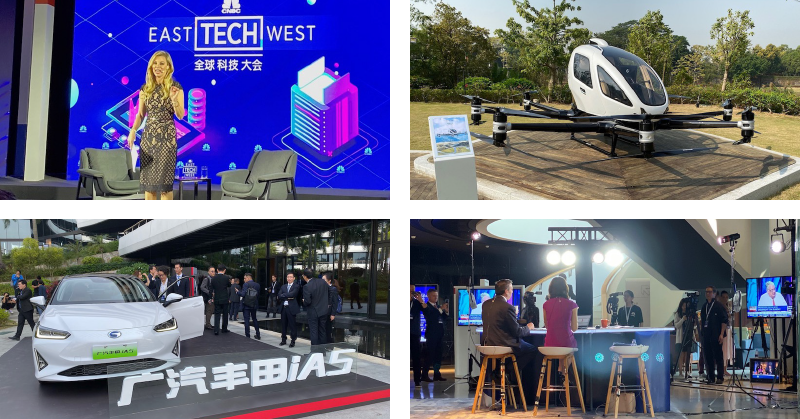 Some recent headlines have suggested that China might already be well on the path to a future of biotech innovation.

That brings me back to the key term of EastTechWest: innovation. Just as we have seen Chinese tech companies grow to be at the forefront of innovation, biotech might be the next act. I was impressed with the innovation on display at EastTechWest and hope that biotech innovation will become a growing part of the conversation at future conferences.

On Location with China Biotech Companies
After EastTechWest, I headed north to visit some biotech companies. I am a big believer that there is no substitute for doing on the ground research and due diligence. On this trip, I made three company visits: Viva Biotech, GenScript Biotech, and BeiGene. Over the coming weeks, interviews with leaders of these companies will be published here on the Loncar Funds website. Be sure to sign up for Loncar Funds email alerts below if you would like to be notified when the interviews are live. In the meantime, here were some of my main takeaways from the visits.

Viva Biotech
I visited Viva Biotech at its main headquarters facility in the Zhangjiang Hi-Tech park area of Shanghai. Viva is a China based contract research organization (CRO). One of the most interesting things I took away from speaking with Founder, Chairman & CEO Cheney Mao, Ph.D. and CFO Simon Hua was learning about the company’s dual business models. In addition to accepting customary cash for services, Viva also has an equity for services arm where it takes small investments in dozens of biotech startups. This means that the company will be highly levered to the growth of the biotech sector in China. It will be interesting to watch over the coming years how successful Viva will be with these types of investments.

GenScript Biotech
I visited GenScript Biotech at its headquarters in Nanjing, which is an hour northwest of Shanghai by bullet train. The key takeaway from visiting GenScript is that the company is entering a new line of business. Already known for its expertise as a contract research organization (CRO), a producer of industrial enzymes, and the parent of cell therapy pioneer Legend Biotech, GenScript is now getting into the contract development and manufacturing organization (CDMO) business. This means GenScript will act as a service provider to help other companies develop their drugs. During the visit, I met the CEO in charge of building this business, Dr. Brian Min, and toured GenScript’s new antibody R&D and production center. I will be watching to see if this becomes a new growth lever.

BeiGene
I visited BeiGene at its research and development (R&D) center in Beijing. There I met with BeiGene researchers and saw the science taking place at the company firsthand. I also visited with Co-founder, Chairman & CEO John Oyler. As stated earlier, this has been a busy time for BeiGene. Its BTK inhibitor was approved in the United States and the company also struck a global partnership with Amgen. Mr. Oyler walked me through the rationale of the Amgen deal and described to me how he believed China can change the speed and cost of how new medicines are developed for the better. My main takeaway from this visit was a strong belief that what is happening in China is not just important for patients there, but might impact our biotech industry worldwide.

Important 2019 NRDL Updates
Earlier this fall, I alerted Loncar Funds email subscribers to watch for China’s upcoming update of the National Reimbursement Drug List (NRDL). The NRDL is the system that China’s central government has in place to help citizens pay for medicines. Since the vast majority of the population relies on this, getting on the NRDL is key to commercial success. I mentioned in my email alert that I believed this news would be of high significance because it will not only affect the companies directly involved in it, but will also likely set a standard for the biopharma business in China more broadly going forward.

While I was traveling in the country, this piece of news happened. Overall, 70 new medicines will be added to the reimbursement list. The Chinese government is serious about establishing low prices. On average, companies cut prices of their medicines 61% to get included. There were two key things that stood out to me about this year’s NRDL update:

1. Only a domestic company, Innovent Biologics, had its drug covered in the important PD-1 cancer drug category. Multinationals Merck and Bristol-Myers Squibb failed to get included. This is the outcome I expected for the NRDL, which shows that domestic companies are likely to succeed over multinationals in competitive categories over the long term. This is due to the domestics having both a lower cost structure and also no political implications of selling drugs for significantly higher prices in other parts of the world like the multinationals.

2. Hutchison China MediTech’s (Chi-Med) colorectal cancer medicine Elunate (fruquntinib) was also included on the NRDL. I’m glad it was included because Elunate is the first example of an innovative cancer medicine being entirely discovered, developed, and fully approved in China. This is exactly the type of research-based innovation that should be rewarded. I think that adding it to the NRDL so quickly sends the right message to other drug developers in China that innovation will get paid for.

Looking Forward to the Year Ahead
2019 was an important year of progress for China’s biopharmaceutical sector. For example, there are now three domestic companies with PD-1 approvals, BeiGene had its BTK inhibitor approved in the United States, and there were more than 10 initial public offerings (IPOs) of life sciences companies on the Hong Kong Stock Exchange. I am very excited about all of the changes that are happening in China today and I think we are at the start of an important new era of innovative drug development by Chinese companies. Key moments of transformation do not come around every day to a market this big. For the year ahead, I’d like to see more new drug approvals, more IPOs, and more “BeiGene/Amgen” type partnerships with western companies.

Thank you for your interest in the China BioPharma ETF. Please be sure to sign up for email alerts below if you would like to receive notification of news, company interviews, and research that is published from time to time.

Click here to view all current holdings of the CHNA ETF

Opinions expressed are those of the author, interviewee, or Funds and are subject to change, are not intended to be a forecast of future events, a guarantee of future results, nor investment advice. Fund holdings and allocations are subject to change at any time and should not be considered a recommendation to buy or sell any security.