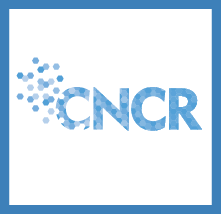 After careful consideration, today the Loncar Cancer Immunotherapy ETF (Nasdaq: CNCR) announces its opposition to the acquisition of Celgene by Bristol-Myers Squibb. CNCR ETF has been a Bristol shareholder for more than three years and plans to vote its shares against the deal on behalf of CNCR’s shareholders. The fund has no position in Celgene currently. View all current holdings in the CNCR ETF.

CNCR ETF’s mission is to support cancer immunotherapy research and improved care for patients while giving investors exposure to one of the most innovative segments within the biotech industry. We take the responsibility that comes with this seriously. While we have no doubt Bristol’s management team is well intentioned, our opinion is that the acquisition is not in the best interest of cancer research, patients, or Bristol shareholders. The following five points bring us to this conclusion:

1. Bristol’s executive team is currently not suited to manage a larger organization.
In multiple cancer indications (particularly lung cancer), Bristol’s development plan for the immunotherapy drug Opdivo has been outclassed by its competitor Merck. Merck’s Keytruda and Bristol’s Opdivo are similar medicines (so much so that Bristol’s own management once described them as “Coke and Pepsi”), and it appears as though Opdivo’s recent development shortcomings are largely due to trial design and other management decision errors. Our confidence in the team’s ability to effectively manage Bristol-Myers Squibb has been reduced lately - let alone managing a much larger organization that would potentially include Celgene. As such, we believe that management has not earned the right to place this large bet with so much on the line.

2. Bristol should focus on making the investments it has already made a success.
Bristol has spent billions over the last few years on partnerships that it hopes will help regain its leadership position in immunotherapy. For example, one year ago it paid $1.85 billion up front and potentially billions more to partner with Nektar Therapeutics on NKTR-214. The companies have said they will soon commence 18 registration trials covering 12,000-15,000 patients, after testing the drug in only dozens of patients in early studies. Drug development is difficult and requires strict attention to detail. Given its recent struggles in the immunotherapy space, Bristol needs to focus on maximizing the investments it has already made and ensure these programs are positioned to have the best possible chance to succeed.

3. The deal will result in cuts to research and development (R&D) that we do not support.
Bristol has highlighted $2.5 billion in annual run-rate synergies as a key value driver of the deal, 35% of which will come from research and development (R&D). This type of cost cutting is not good for either company or the industry in general. While Bristol has said the synergies are mostly about reducing overlap, we are concerned that important research will not get funded because of it. Furthermore, we also believe the disruption that comes with integrating two organizations of this size is underappreciated and can set back research for years. We do not support such a large deal that will likely have a broad, negative impact on research.

4. We do not support Celgene’s past business practices and do not want to see Bristol go down the same path.
The cancer medicine REVLIMID accounts for over 60% of Celgene’s net product sales and the company has resorted to raising its price to an excessive degree. It did so an incredible three times in 2017, once in 2018, and once again at the beginning of 2019. This is outrageous and aggressive. We are concerned that Bristol will be motivated to keep REVLIMID’s revenue stream going for as long as possible in order to make the financials of the deal work. REVLIMID’s patent life is scheduled to expire in the coming years. It is not in the best interest of patients nor Bristol for the company to inherit an incentive to aggressively protect and promote the REVLIMID franchise.

5. Celgene’s poor stewardship of recent acquisitions suggests there is more risk in its pipeline than what is being presented at face value.
Celgene has a history lately of making major acquisitions and then seeing problems arise and stories change. The $7.2 billion acquisition of Receptos and $9 billion acquisition of Juno Therapeutics are two high-profile recent examples of deals that have experienced meaningful delays and turbulence soon after Celgene acquired them. We have a hard time agreeing with Bristol’s optimism about Celgene’s pipeline and the potential blockbusters they see coming to market. Given Celgene’s acquisitive history, there could be more risk to these programs succeeding than what is currently being presented at face value.

After a thorough review of the facts and careful consideration, we do not think Bristol-Myers Squibb acquiring Celgene is in the best interest of cancer research or for Bristol shareholders. Our fund has a responsibility to take an active interest in this matter and vote in a way that is consistent with our mission. While we appreciate the intentions of Bristol management, they have not fully illustrated they are capable of making the acquisition succeed or that Celgene is the right acquisition target. As a result, the CNCR ETF will be voting its shares AGAINST the deal.

Opinions expressed are those of the author, interviewee, or Funds and are subject to change, are not intended to be a forecast of future events, a guarantee of future results, nor investment advice. Fund holdings and allocations are subject to change at any time and should not be considered a recommendation to buy or sell any security. Celgene is not a holding of the Fund or affiliated with the Fund.