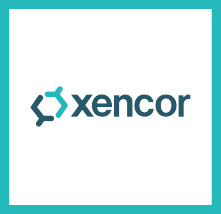 Talking Bispecifics with Xencor at ASH

In early December, the Cancer Immunotherapy ETF (Nasdaq: CNCR) team traveled to San Diego for the American Society of Hematology (ASH) annual meeting. This is the largest medical meeting that focuses on blood diseases. Because that includes blood cancers, ASH is a key event for cancer immunotherapy companies. It is at meetings like this where we hear results of clinical trials and learn about how new immunotherapy approaches are progressing through research and development. 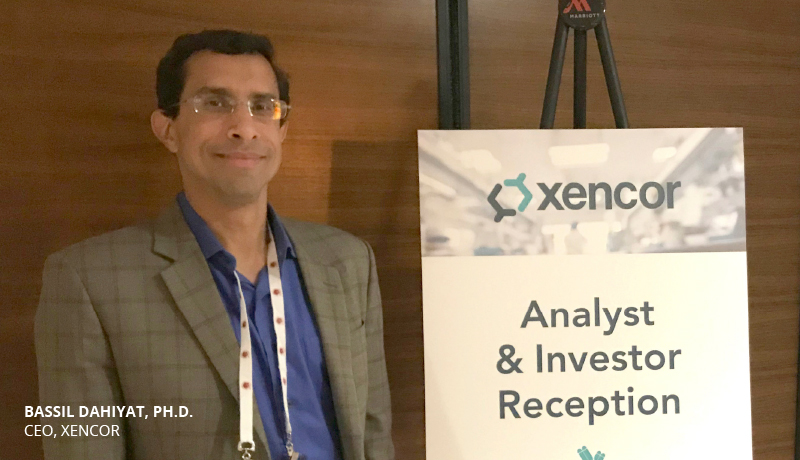 One immunotherapy approach we have been following closely is bispecific antibodies. You might remember our interview with the CEO of Xencor in 2017 where we learned about the underlying technology behind bispecifics. Traditional antibodies have revolutionized the treatment of many diseases over the previous decades, and companies like Xencor are trying to improve on their versatility today by designing bispecific antibodies that target multiple antigens. Other companies working in this space include Amgen, MacroGenics, Regeneron, and Roche. View all holdings of the Cancer Immunotherapy ETF.

When we first caught up with Xencor last year, the field of bispecifics was nascent and there was not a lot of clinical trial data available to judge how promising the approach might be for treating cancer. However, that is quickly changing. There were multiple bispecific trial readouts at ASH, including a first-in-human study from Xencor. Its drug XmAb14045 is a CD123 X CD3 bispecific that is in a phase 1 study for patients with relapsed/refractory acute myeloid leukemia (AML). The ASH presentation noted that 66 patients have been treated, and that the maximum tolerated dose had not yet been reached. 28% of evaluable patients achieved either complete remission (CR) or CR with incomplete hematologic recovery (CRi) at the two highest initial dose levels studied (1.3 and 2.3 mcg/kg weekly; n=5/18).

To learn more about the data and to hear an expert’s opinion on how the field of bispecifics is progressing, we caught back up with Xencor CEO Bassil Dahiyat, Ph.D. at an analyst event the company held just after its ASH presentation on December 3rd. It is common for companies to hold events like this at medical meetings so that investors and analysts can gain a deeper understanding of trials results. The CNCR ETF is proud to attend these on behalf of our shareholders and other readers so that you can gain exclusive insights into how the field of immunotherapy is progressing. Below is a transcript of our wide-ranging interview, which has been minimally edited for clarity.

CNCR ETF: Tonight we are at the American Society of Hematology (ASH) Annual Meeting in San Diego. This is a big conference of blood diseases, and that includes blood cancers. You have some clinical trial data today from a trial for a type of leukemia called AML. What is that, and what is the unmet need you are trying to solve?

Bassil Dahiyat: AML is acute myeloid leukemia. It is the uncontrolled growth of a particular type of blood cell, called myeloid cells, that populate things like platelets and neutrophils. When those cells grow uncontrolled, it is called acute myeloid leukemia. The unmet need is through all lines of therapy but in particular where we have focused our initial work with this agent XmAb14045 in the relapsed/refractory line where patients have unfortunately failed the first line of therapy and we want to give them new options.

CNCR ETF: We interviewed you about a year and half ago about the technology that underlies your company. Xencor is an antibody company, and one type of antibody you are working on is called a bispecific antibody. You described how bispecifics recognize a target on the cancer cell and a target on the immune cell so that immune cells are activated near tumors. Here at ASH, your drug targets CD123 on the cancer cells and CD3 on the immune cells. Why are these good targets for AML?

Bassil Dahiyat: First, CD123 is a protein on the surface of a variety of blood cells but it is expressed on almost every AML cell in almost every patient. Furthermore, its natural function is to be involved in the growth of these myeloid cells. It is associated at the early phases of those cells’ growth. Therefore, from both being on the cancer cell and its potential role in how these cells grow, it is a good target. So that is a way to target the cancer side. The other side of the bispecific is to find a way to bring in other pieces of the immune system, particularly your T-cells, to kill the cancer cell. The bispecific antibody serves as a bridge. CD3 is a target that is on all of your T-cells. When you bind to CD3 with an antibody in the right configuration like the way have we chosen to do, it turns the T-cells to a killing mode and they basically kill whatever is next to them. So the bispecific antibody concept is to find a target on one side that is on the tumor cell and use CD3 to turn on the T-cell to kill whatever it is next to.

CNCR ETF: You just presented your data at ASH a couple of hours ago (this interview was conducted on December 3rd). Can you tell us what the result of the study looks like?

Bassil Dahiyat: It is early data from our initial phase 1 study, which is a study that is our first time testing the drug in humans in these relapsed/refractory patients. The data encourages us to continue and we are enthusiastic about both how tolerated the agent is and its early signs of efficacy. When you turn the immune system on, particularly T-cells when trying to kill tumor cells, whether it is by antibodies or using cell therapies like CAR-T cells, often you get too much immune response and it can be very toxic to the patient. The patient’s body starts to reject them. For this agent we purposely designed it to have a moderated amount of activity against tumors in hopes that it would also moderate the toxicity. Early results suggest that we are on the right track. It was tolerated well in the great majority of patients. It was also a study to look at whether we are killing the tumor cells effectively enough to get patients into remission. Now remission doesn’t necessarily mean a cure - a cure is an infinite remission. Remissions that last a certain period of time can also be very meaningful. This study is early so we are not done yet with monitoring patients, but we were able to show efficacy at the higher dose levels we reached, because you have to start with very low doses and then work your way up to assure you are being very cautious and safe. At dose levels where we started seeing effect against the tumors, we had 5 out of 18 patients go into remission and tolerate the drug well. So that 28% rate of remission is very encouraging and stacks up very well in this difficult to treat set of patients who have failed previous therapies.

CNCR ETF: What is the status of the trial? Is it still going on and are you still trying to increase the dose?

Bassil Dahiyat: Yes, the trial is still going on. This was an interim look at our phase 1 study. The purpose of phase 1 is to increase the dose as long as it is safe. The idea being that the more drug you can give a patient safely, the more chance the drug has to attack tumor. We are still increasing the dose level and taking advantage of what we have learned about how patients respond to see if we can get more patients into remission.

“I think ASH was a turning point conference for the field.”
— Bassil Dahiyat, Ph.D., Xencor

CNCR ETF: With CAR-T trials and some other types of therapies, there are a couple of safety factors that have come into play, especially when used against AML. Those factors are things like cytokine release syndrome and capillary leak syndrome. What are you seeing in terms of those?

CNCR ETF: When we interviewed you a year and a half ago, your first trials of bispecific antibodies were just starting. As someone who is a leader in this industry, how much progress do you think has been made over that time and where do you feel Xencor is today – not just for this drug and particular type of cancer, but also in illustrating the promise of this platform and way of treating cancer more broadly?

Bassil Dahiyat: I think that about a year ago the field of bispecific antibodies in cancer had the first initial glimmers of data from a couple of trials, and there were also a number of trials that had just really begun. This ASH meeting in 2018 is the first time where there are multiple bispecific readouts from a series of different programs with both first generation technologies, ones that don’t have advantages of simple dosing schedules, but now also the new generation. For the new generation, this means both Xencor’s data and data from other companies. This year’s ASH is by far the densest amount of bispecific data in any one meeting that has ever happened. I think it will be just the first of a series over these over the next few years. The field needed a little time to get going but I think there has been a significant increase in what we know about the class compared to a year ago. I think ASH was a turning point conference for the field.

CNCR ETF: What should we look for next from Xencor? What will be the next conference like this where you might have more clinical trial data?

Bassil Dahiyat: We don’t know what conference in particular yet, but we have a series of bispecific antibody programs progressing in the clinic, all still in phase 1, that are a little bit behind our AML program. We have programs in non-Hodgkin lymphoma, chronic lymphocytic leukemia, and neuroendocrine tumors, and we also have a program that has started recently in generalized solid tumors that is a dual checkpoint inhibitor. This is for areas like lung cancer and melanoma. We expect readouts from all of those programs sometime in 2019, though we don’t know exactly when yet. 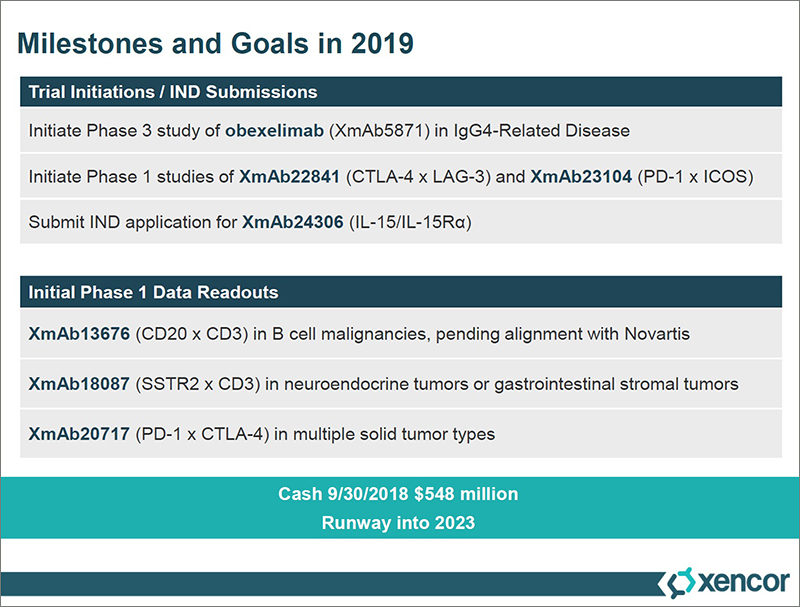 CNCR ETF: Is there anything else that you would like to highlight?

Bassil Dahiyat: I think you hit the nail on the head when you asked where has the field of bispecifics come in the last year? I feel that now we have really turned the corner.

CNCR ETF: Thank you. The Cancer Immunotherapy ETF is a Xencor shareholder and we look forward to watching your continued progress.

Opinions expressed are those of the author, interviewee, or Funds and are subject to change, are not intended to be a forecast of future events, a guarantee of future results, nor investment advice. Fund holdings and allocations are subject to change at any time and should not be considered a recommendation to buy or sell any security. Amgen, Regeneron, and Roche are not a holding of the Fund or affiliated with the Fund.