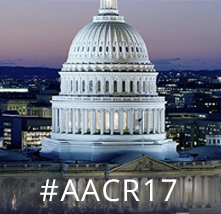 Look for press releases from individual companies and watch the action in real time April 1-5 by following #AACR17 on Twitter.

The annual meeting of the American Association for Cancer Research (AACR) takes place in Washington, DC on April 1-5. Investors follow meetings like this closely because they are where biotech companies often present their most important clinical data and pre-clinical research. We recommend keeping an eye on the news from AACR because this type of info has the ability to move stocks.

Given that AACR is devoted exclusively to cancer research, cancer immunotherapy advances will be a key theme. In fact, many component companies of the Cancer Immunotherapy ETF (Nasdaq: CNCR) will be attending and presenting new data at this year’s meeting. To help investors prepare, we are highlighting five data presentations to watch for.

Earlier this year, Kite Pharma announced the primary topline results for a pivotal study using their CAR-T approach to immunotherapy in patients with an aggressive form of NHL. In this study, the CAR-T therapy produced an objective response rate of 41% of patients at the six-month mark and a complete response rate of 36%. The National Cancer Institute defines an objective response as a measureable response and a complete response as the disappearance of all signs of cancer in response to treatment.  The study met its primary endpoint objective.

At AACR, Kite will present the full and thorough data from this ZUMA-1 study. The presentation will give investors and cancer researchers a better idea of how patients are responding to the therapy, what the safety and side effect profile is like, and how these results compare to more traditional treatments like chemotherapy. This data is important because Kite plans to use it as the basis for applying to FDA for commercial approval of axicabtagene ciloleucel in NHL. There are not yet any approved CAR-T therapies so this has the potential to be a landmark event for immunotherapy if everything goes well.

Interim analysis of the Phase 2 clinical trial of the IDO pathway inhibitor indoximod in combination with pembrolizumab for patients with advanced melanoma.

In September of 2014, Merck’s immunotherapy drug pembrolizumab (Keytruda) became the first FDA-Approved anti-PD-1 checkpoint inhibitor therapy by winning approval for patients with an advanced form of melanoma. It was both a major event for advanced melanoma patients and the cancer immunotherapy field in general. This class of immunotherapy drugs has already gone on to be approved in six other unique types of cancer (lung cancer, kidney cancer, bladder cancer, Hodgkin lymphoma, head and neck cancer, and Merkel cell carcinoma).

However, as important as this news was, unfortunately only a portion of advanced melanoma patients (24 percent) had an overall response to the drug. The biotech industry is committed to seeing more patients helped by immunotherapy so companies are now taking a combination approach to treatment – adding two or more medicines together to try to boost the number of patients helped. One such promising combination uses another drug in the checkpoint inhibitor class of immunotherapy, called an IDO inhibitor, in combination with anti-PD-1.

At AACR, NewLink will present an interim analysis of a phase 2 study of their IDO inhibitor indoximod with Merck’s anti-PD-1 pembrolizumab. This data could be meaningful because researchers are in the early stages of understanding what drugs work best in combination. If IDO succeeds and becomes widely used in the combination approach, it could be considerable for the field given the number of cancers that checkpoint inhibitors have already been approved for on their own. NewLink has significant exposure to the IDO inhibitor space and has one other IDO candidate that is partnered with the Swiss pharmaceutical giant Roche. 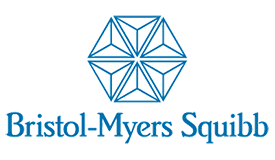 BMS-986205, an optimized IDO1 inhibitor, is well tolerated with potent pharmacodynamics activity, alone and in combination with nivolumab in advanced cancer in a phase 1/2a trial.

Bristol-Myers Squibb has 21 oncology compounds in clinical development and is a leader in the immunotherapy space. You might have already heard of their core immunotherapy asset, the anti-PD-1 inhibitor nivolumab (Opdivo). Bristol will have many presentations at this year’s AACR annual meeting illustrating the use of immunotherapy drugs such as nivolumab as monotherapy and in combination with other assets.

Just as we have highlighted the combination of NewLink’s IDO inhibitor indoximod with Merck’s anti-PD-1 pembrolizumab above, we are also highly anticipating Bristol’s IDO presentation because it will be the first time we have seen data from its wholly owned IDO inhibitor BMS-986205. The presentation will include data from BMS-986205 by itself and in combination with the anti-PD-1 nivolumab. A lot is at stake with BMS-986205 because Bristol acquired it by purchasing Flexus in early 2015 for $800 million upfront and potentially another $450 million in milestones.

Bristol could use some good clinical trial news because the company had a challenging year last year in the clinic. In August, their trial for nivolumab in first-line lung cancer failed to reach a positive outcome weeks after Merck’s immunotherapy trial in first-line lung cancer succeeded. A main reason for the different outcomes was that Bristol tested their drug in a more aggressive patient population, and perhaps something learned from the result is the importance of the combination approach for this population. By providing a glimpse of how competitive Bristol might be in one type of combination – IDO/PD-1, their presentation at AACR will be an important test of the company’s continued leadership role leadership in cancer immunotherapy.

Development of a first in class APRIL fully blocking antibody BION-1301 for the treatment of multiple myeloma.

Aduro Biotech has three different cancer immunotherapy platforms in house. The first, LADD, uses bacteria to prime the immune system to recognize cancer and is currently in clinical trials for cancers such as mesothelioma and gastric cancer. The second, STING, mimics a natural mediator of immunity and is partnered with Novartis in a clinical trial of multiple tumor types. Lastly, Aduro’s third cancer immunotherapy platform consists of B-select monoclonal antibodies that can regulate the immune system by either stimulating an immune response or stopping a mechanism that holds the immune system back.

This B-select platform is not yet in clinical trials but a first trial by Aduro is scheduled to begin in the second half of 2017. It will focus on a target that is present in multiple myeloma called APRIL. APRIL might be a key factor that increases the persistence of multiple myeloma, leading to the fact that current medicines eventually stop working over time. No other companies have tested drugs against APRIL so this might be a new pathway for treating the disease if it is ultimately successful.

The AACR presentation will more fully explain the rationale behind APRIL and describe how Aduro has gone about developing an antibody to block it. This is an important proof of concept for the company because it will be the first B-select antibody asset to enter clinical trials and will be a reflection on the entire platform. Also, since Aduro believes this is a first-in-class drug, it has the opportunity to set the company apart commercially if it shows clinical activity. For these reasons, researchers will keen to learn more about this new approach to fighting multiple myeloma that Aduro has come up with. 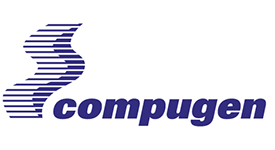 Checkpoint inhibitors utilizing PD-1 and CTLA-4 have revolutionized the treatment of many types of cancers. These drugs work by blocking a mechanism that tumors use to prevent the immune system from attacking them. In layman’s terms, one could say that checkpoint inhibitors “take the brakes off” the immune system and allow it to do its natural job. However, while these drugs work well for some patients, they unfortunately only work for a period of time and also do not help everyone so a search is on for more checkpoint targets that can also be used in the fight against cancer.

As the company’s name implies, Compugen utilizes a computational approach to identifying new drug targets, including novel checkpoint inhibitors. Their algorithm first searches for checkpoints that are highly expressed and active in cancer, and then the company discovers antibodies to block them. Using this approach, Compugen has discovered a novel antibody called COM701 that targets an immune checkpoint called PVRIG. They believe PVRIG plays an important roll in immune cells within the tumor microenvironment. The AACR presentation will describe the mechanism of PVRIG and how Compugen believes blocking it with their antibody will have an anti-tumor effect.

While in the past Compugen has traditionally licensed assets like this to other companies to develop after discovering them, they are planning to take COM701 and other newly discovered checkpoint inhibitors into the clinic by themselves for the first time ever. This is a new business model for Compugen and might capture more value in the drug development process if successful. For that reason, investors and researchers will be watching this presentation to gauge how promising the PVRIG target might be and also Compugen’s ability to develop the right antibody to block it and produce robust anti-tumor activity.

To see how it all plays out, look for press releases from individual companies or you can watch the action in real time April 1-5 by following #AACR17 on Twitter.