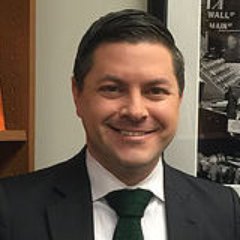 The Case for China BioPharma, by Brad Loncar

Brad Loncar, CEO of Loncar Investments and creator of the Loncar China BioPharma Index, offers the following message upon the launch of the CHNA ETF.

Earlier this year I had the idea to create the index that powers the China BioPharma ETF (Nasdaq: CHNA). I spend all my time following the biopharmaceutical sector and could have chosen any theme to spotlight. So why China BioPharma, and why now? In short, the answer is because I think the emergence of innovative drug development and the commercialization of leading-edge medicines in China might be one of the most important and exciting things to impact our industry over the coming years. China’s biopharmaceutical industry is going through a period of change right now that has the potential to shake up the drug development landscape and benefit millions of patients in the process.

In the past, Chinese companies have mostly focused their efforts on generic drugs or simply manufacturing existing medicines, but that is changing in a big way. There is now a surge in China of research and development and a desire to be at the leading edge of science. I have visited companies during my travels in the region and have seen this first hand. It is very impressive and inspiring. However, I have also found this story to be out of reach for many investors not located in China. Therefore, I wanted to create something that makes it easier for investors worldwide to learn about what is happening in China and be able to participate if they so choose.

You might ask what is causing all of this? There are a handful of things taking place right now that may transition China’s biopharmaceutical sector into a new era.

One of the most important pieces to making this story a reality is that the people and government in China want it to happen. A growing middle class increasingly wants access to the latest medicines and the Chinese government in 2015 issued a new strategic plan called Made in China 2025. The goal of this plan is to upgrade China’s economy beyond its current manufacturing base to higher value sectors and technologies. It is a natural move because innovation is increasingly driving global growth. Sensing this, the government envisioned Made in China 2025 and singled out pharmaceuticals as a sector that it wants to be globally competitive in going forward.

In addition to global competition, there is also a looming need domestically to get it right. China is facing many of the same healthcare challenges we have in the west, but on a much larger scale. With an aging society, it will take the height of innovation to handle big problems such as cancer, heart disease, and Alzheimer’s. The government understands this and has not only been encouraging innovative drug development by Chinese companies, but has also been recruiting foreign companies to apply to sell the latest medicines in the country. With more world-class drugs on the market, this might lift all boats and drive local companies to increase their focus on cutting edge research and development in order to compete. I think it is a smart win-win strategy.

Another important component to making China’s biopharmaceutical sector globally competitive is regulatory reform. A country needs to have the highest standards to be a global leader, and lately China has implemented changes to show it is serious about getting up to speed. Perhaps the most important sign of this was when China joined the Council for Harmonisation of Technical Requirements for Pharmaceuticals for Human Use (ICH) in the summer of 2017. ICH is a global commission that was founded by U.S., European, and Japanese regulators to help harmonize practices for drug regulation throughout the world. China’s demonstration that it wants to be a peer to those regions when it comes to regulatory standards was a key moment.

Other reforms implemented recently include allowing data from overseas clinical trials as the basis for some approvals, applying increased oversight to cell therapy trials, reducing the backlog of new drug applications at the China National Medical Products Administration (NMPA), and increasing NMPA’s professional staff. In terms of intellectual property (IP), in May of 2018 the government announced it would increase the term for drug patents to up to 25 years from approximately 20 years previously. IP is the lifeblood of innovation, and this was an important signal to drug developers that investment in research and development will be respected. These changes are encouraging and might help companies navigate a path to market and give investors confidence in the process.

One of the most important new changes from an investment standpoint is the landmark shift that has happened at the Hong Kong Stock Exchange (HKEX) this year. Previously, HKEX had a rule that said if a company doesn’t earn revenue, it couldn’t list on the exchange. Most biotech companies are focused on science and developing new medicines, and therefore are typically at a pre-revenue stage. That meant there wasn’t a public market for a true biotech sector here previously. But this has changed in a big way in 2018. Like the Chinese government, HKEX recognized that it is innovation that drives the global economy and on April 30, 2018, instituted a new exception specifically for pre-revenue biotech companies that now allows them to list.

Since then, more than 10 biotech companies have applied for an IPO in Hong Kong and two (Ascletis and BeiGene) already completed theirs in August. Over the course of the coming years, we might see dozens (if not more) of new biotech IPOs in Hong Kong. The importance of this goes beyond the stock market. It might create a new biotech culture with an entire ecosystem that can spring up around it. For example, allowing biotech companies to list gives venture capital firms an earlier exit out of investments and therefore could allow them to reinvest more quickly in additional biotech startups. The capital markets play an important role in the development of new medicines and I think the fact that the Hong Kong Stock Exchange has created this venue for true biotech listings is a foundational change.

Another critical component to China’s ability to enter this new era of innovative drug development is talent. In this regard, there is a deep pool. Chinese entrepreneurs, many of whom are returning home after gaining experience in the biotech industry in the west, are making that happen. Examples of these types of entrepreneurs from CHNA ETF companies include Zai Lab CEO Samantha Du, who was once responsible for the science side of Pfizer’s global metabolic licensing program, and Ascletis CEO Jinzi Wu, who was previously VP of the HIV drug discovery unit at GlaxoSmithKline. Both have taken their experiences and returned home to create true biotech companies that today are conducting cutting-edge science.

There is a past example of this phenomenon succeeding that we can learn from via the technology industry. In tech’s case, there were many entrepreneurs who gained experience on the ground while the U.S. technology sector grew over previous decades and then went home to create what are now globally competitive companies like Alibaba and Baidu. I believe we are in the beginning of that happening in the biopharma industry. Today there are tens of thousands of Chinese scientists who have earned advanced degrees at U.S. universities and have gained experience at western firms. They now have the option to return home and translate their learnings to the Chinese biopharma industry as the environment there improves for company building.

In conclusion, I am very excited about all of the changes that are happening and I think they can catalyze an important new era of innovative drug development by Chinese companies. However, it is also important to keep the right perspective. Biotech is naturally one of the most volatile sectors in the stock market and comes with many peaks and valleys. Therefore, it is important to view this story not in weeks or months, but over the long term. I try to think of it in the same fashion as the government does with its Made in China 2025 program. There are enough arrows of change pointed in the right direction that I do think it has great potential if you view it in this context. Key moments of transformation do not come around every day to a market this big.

All of that is why I was motivated to launch the index earlier this year and try to capture the moment. I am also a big believer that there is value in viewing things from a macro level and that it is not wise to get caught up in the ups and downs individual companies. The best way to do that, in my opinion, is through the lens of a diversified index. Individual biotech companies can be difficult to research and very risky to invest in, especially in a case like this where it is happening in an emerging area. So I wanted to create something that I think is more conducive to having the long-term perspective. I sincerely thank all who choose our index methodology as a way to invest in the China BioPharma space.

Lastly, I want to say that the most important factor I consider when issuing a new product is whether it is a good thing to support. In this case, it was an easy call. Investing in China’s emerging biopharmaceutical sector is about raising the bar of healthcare in China and around the world for millions of patients. We face many global health challenges and it will take scientific contributions from all corners of the world to tackle them. Patients do not care where advances come from as long as they improve their lives and those of their families. It is my hope that focusing on China BioPharma in this way will support a good thing while giving investors exposure to an important new trend within the biopharma industry.

Thank you again for your support.

Opinions expressed are those of the author or Funds and are subject to change, are not intended to be a forecast of future events, a guarantee of future results, nor investment advice. Fund holdings and allocations are subject to change at any time and should not be considered a recommendation to buy or sell any security. Pfizer, GlaxoSmithKline, Alibaba, and Baidu are not a holding of the Fund or affiliated with the Fund.

View all holdings in the Loncar China BioPharma ETF.